Welcome to the North Side: Joc Pederson Signed to One-Year Deal

One year after being dangled as potential trade bait by the Los Angeles Dodgers, outfielder Joc Pederson is finally on the move, signing a one-year, $7 million deal with the Chicago Cubs. For the Cubs, it’s a seemingly lateral move; they were looking to replace recently departed Kyle Schwarber and did so with a similarly-tooled player in Pederson at a slightly discounted price (Schwarber signed with the Nats for one-year at $10 million). For Pederson, this move marks the end of his seven-year run with the Dodgers that saw him hit 130 home runs and appear in three World Series.

What does Joc Pederson bring to the Cubs? As I mentioned before, Pederson wields a similar toolset to the player he’ll be replacing in Kyle Schwarber. In fact, both players carry .230 career batting averages, .336 on-base-percentages, have almost identical exit velocities on balls hit (91.4 MPH vs. 91.8 MPH), and both have consistently posted lower half of the league whiff rates. Long story short, they don’t often hit the ball, but when they do: watch out. It would be remiss of me not to mention both players’ pivotal roles in their teams’ recent postseason success.

All this talk about the DH has us reminiscing about the time Kyle Schwarber re-joined the Cubs lineup in the World Series just months after tearing two ligaments in his knee. Kyle went 7-17 with three BB and two RBI while helping the Cubs…ya know…win the World Series #fbf pic.twitter.com/9Szgmsgle1

pic.twitter.com/z9IGmTgHGj
Joc Pederson hits a solo shot to give the Dodgers a 3-0 lead in the World Series.

Highlights aside, this is an odd acquisition for the Cubs. This offseason has largely been dictated by them subtracting pieces from their roster rather than adding. So far, they’ve jettisoned Yu Darvish to the San Diego Padres for Zach Davies and a handful of prospects. They declined the $25 million option for rotation stalwart Jon Lester (since signed by the Nats who are rapidly turning into a Cubs’ alumni team). Kris Bryant has long been rumored to be on the market as he enters the final year of his contract. Letting Kyle Schwarber walk only to replace him with Joc Pederson doesn’t make sense for this team’s trajectory. 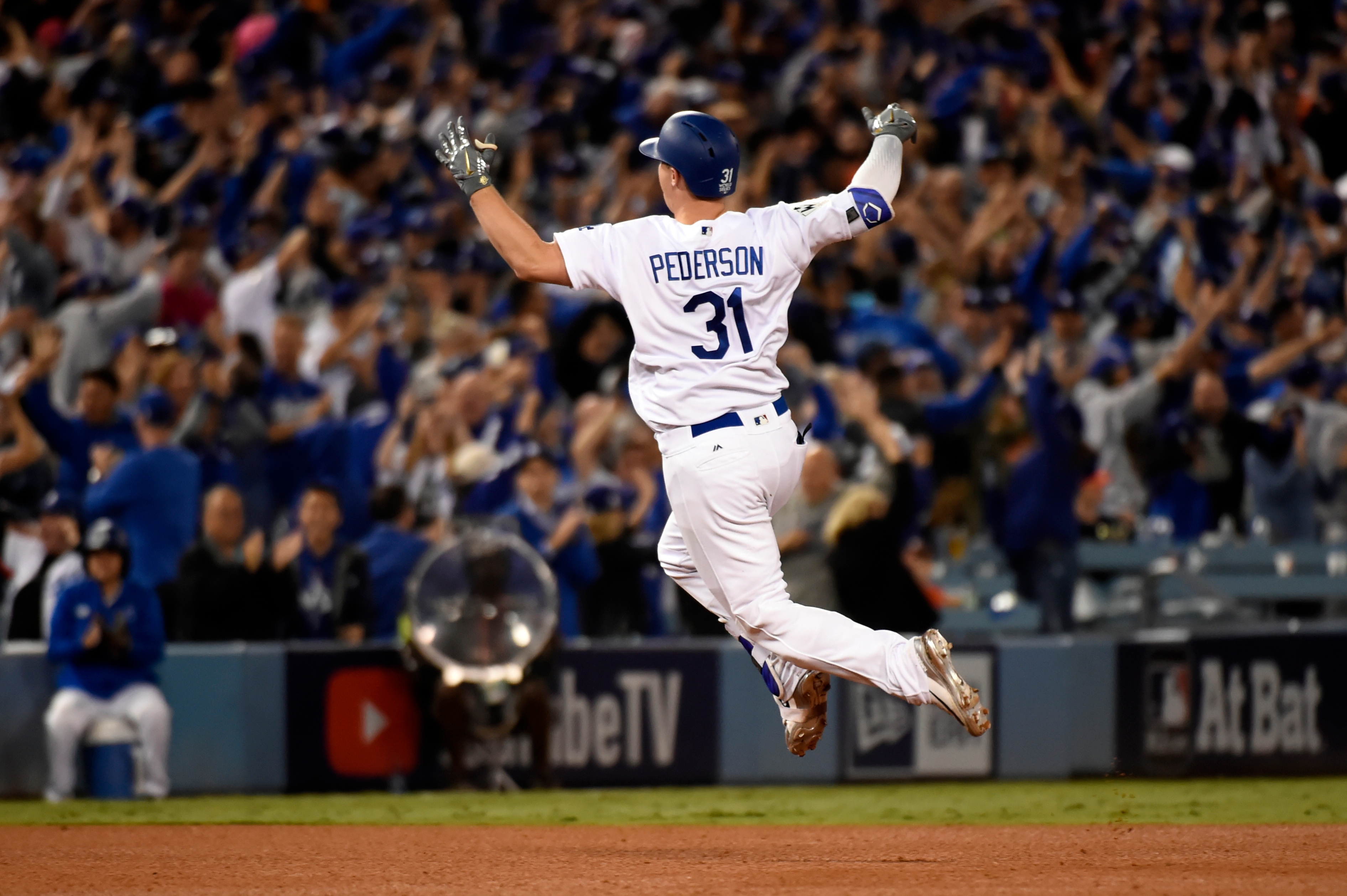 Is Joc Pederson Enough to Prevent a Rebuild?

Which brings us to this point: can the Cubs even contend in 2021? Maybe, but the Road to October is significantly more difficult than it was at the conclusion of the 2020 season. Coming off of three division titles in the past five years, it’s odd to think that the Cubs are underdogs in the National League, but even with the likelihood that some form of an expanded postseason will remain after the league trial-ran one in 2020, it’s getting increasingly difficult imagining the Cubbies playing deep into October. Adding Joc Pederson isn’t going to push the Cubs over the proverbial hump. The National League seems poised for one of its most competitive seasons in recent memory. At this point, the Cubs aren’t even the favorites in their own division after Friday’s reported news of the St. Louis Cardinals’ acquisition of Colorado Rockies icon Nolan Arenado.

Where does a Chicago Cubs team that has multiple holes to fill in it’s starting rotation and a lineup that combined for a .220 batting average stand in the MLB power rankings? Does adding Joc Pederson, a career .230 hitter, really represent a solution to the Cub’s hitting woes? Pederson will hit around 30 home runs and he’ll play fine defense in the outfield (since transitioning away from centerfield, Pederson has rated out as an above-average fielder per DRS and UZR metrics), but, given the subtractions, the Cubs have made to their roster thus far, I can’t envision them contending in the National League. Don’t be surprised if the Cubs are shopping Pederson by the All-Star Break should they fall from playoff contention early.

Don’t get too comfortable in Chicago, Joc. Keep those bags packed and hope that you can play yourself into a better contract situation for 2022.

Three Up, Three Down is a weekly roundup of three news stories from around Major League Baseball. The focus of each edition will rotate on a divisional basis. This week’s top news stories are the acquisition of Joc Pederson by the Chicago Cubs, the trade of Rockies franchise icon Nolan Arenado to the St. Louis Cardinals, and the continued teardown of the Pittsburgh Pirates organization.

Can the Philadelphia Phillies Salvage the 2021 Season?

This error message is only visible to WordPress admins

Please go to the Instagram Feed settings page to create a feed.